My May 19th posting - below - was an explanation from the head. I suggest you read it first!

This one is from the heart! http://www.youtube.com/watch?v=o40_MzuKIGA

It was at another address, but it moved here a while ago.

Why did I choose to build an RV4?

Lots of people have been puzzled about the fact that after building an RV-9A, I have 'progressed' to an RV-4. Let me try to explain my reasons. Setting aside the fact that the RV-4 is not pre drilled, which introduces a huge additional amount of work which should not be underestimated, and has to be done, I see it as a clear progression. I am not over impressed with VANS design of nosewheel aircraft so that rules out anything with an 'A' on the end. I should say at this stage the -9A was a fine aircraft, but I prefer tandem, and while fast, I found it quite boring. (Apologies if that offends!) Also, the nosewheel drags on soft ground. I guess its a nosedragger! Nearly everyone who has flown the range of VANS aircraft says that with the possible exception of the RV-3 (single seat), the RV4 is the most fun and responsive. The RV-8 was designed as a successor to the RV-4. It is significantly larger since so many of our American friends have been overly supportive of McDonalds. I and my wife together weigh less than 300 lbs. I have not flown the -8, though it is not normally described as so 'sweet' to fly as the -4. For me it was a non contender. The show-stopper is the length of my runway. 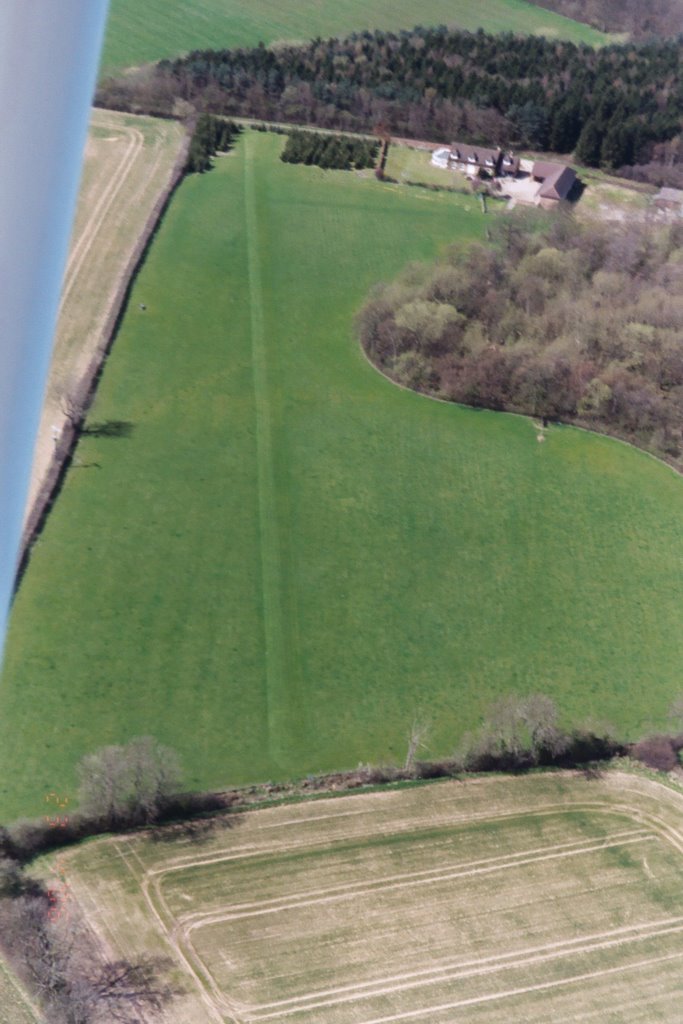 From fence to fence it is 1020', lies across the prevailing wind (from the left as you look at the picture), has high trees at one end, and a narrow entrance with a low fence at the other. It is beside my home, workshop and hangar, so despite its' shortcomings, has a huge advantage.

The stall speed of the -4 is about 5 mph more than the -9A, so I am confident that with a little practice elsewhere, I will be able to operate the -4 safely from this strip. All the other VANS designs are quite a bit faster on approach.

I have made in the order of 500 landings at this site. 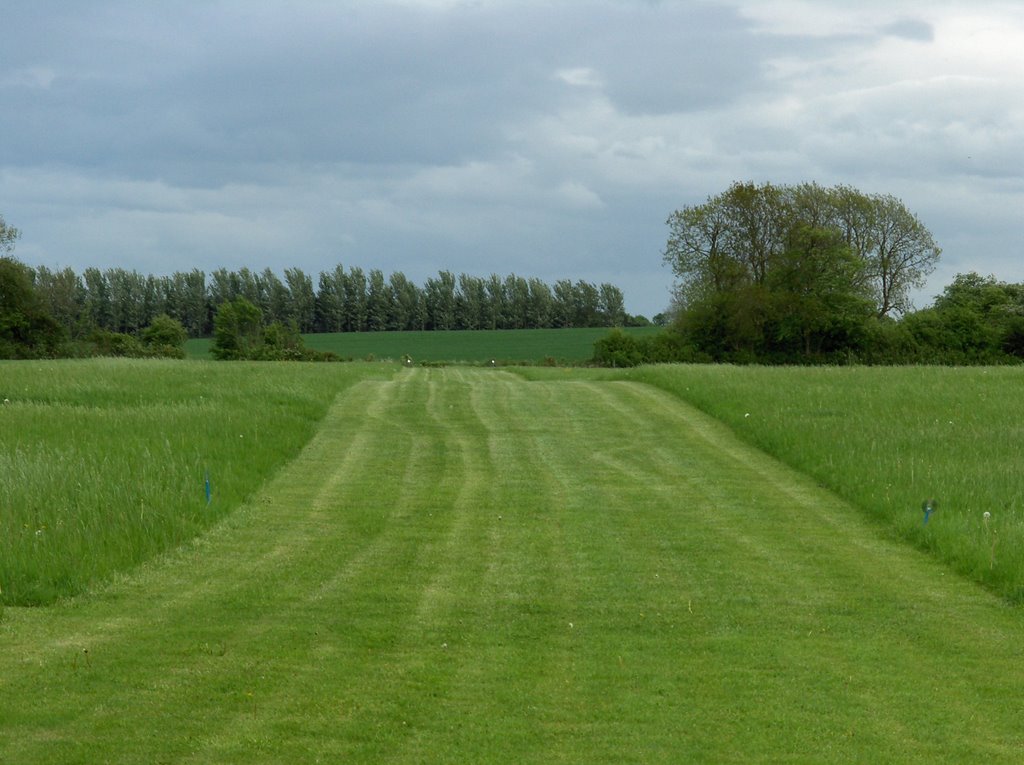 Looking down 13 the preferred direction for departure.... 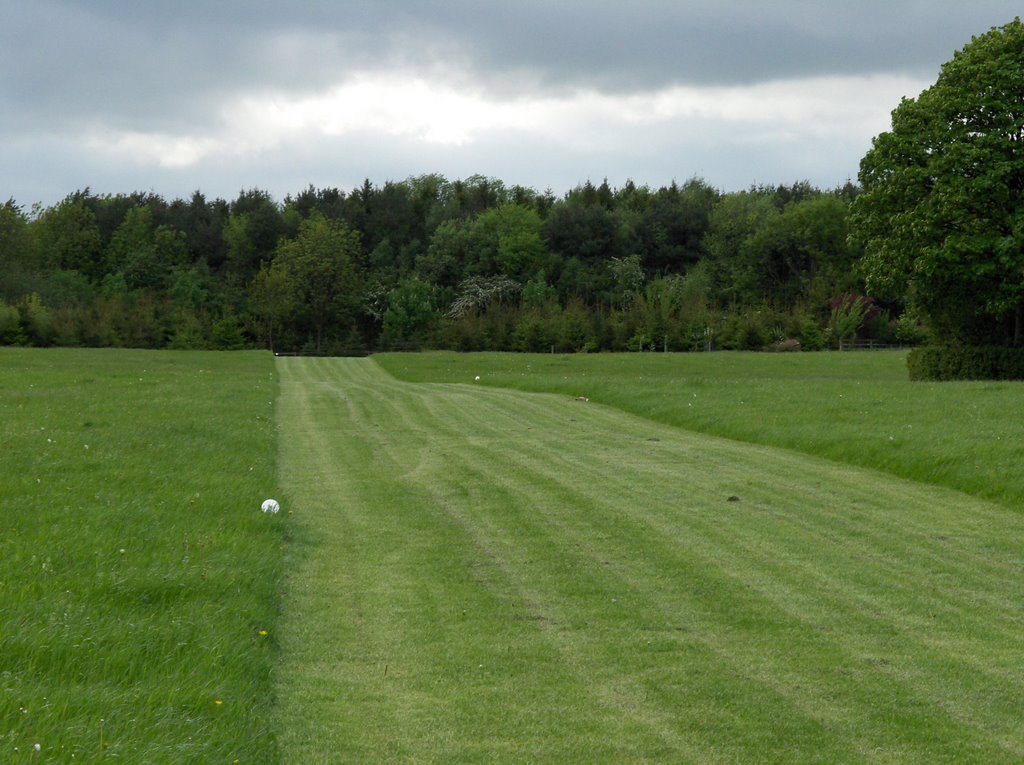 ...and this is 31. An easy landing after a cold front. But you can forget 1.3 times stall speed. If you get it wrong you must decide early to go around.
It undulates slightly - accentuated by the zoom lense - but its not bumpy.


If you would like to land here in a Supercub click below. Not very windy, but an oddly turbulent day. As a result the landing is deeper than usual.

I have found it useful to have these pictures here for visiting friends so I think I will add a couple more. 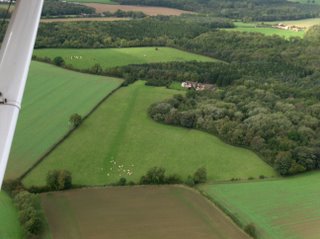 Yes, the white dots at the threshold to the runway are sheep. It causes my local RAF station some amusement when I have to go around yet again, because I still have not moved the sheep to where I want them for a safe landing. The RAF dont use their Tornadoes that way apparantly.
# posted by Retro @ 1:06 AM 1 comments